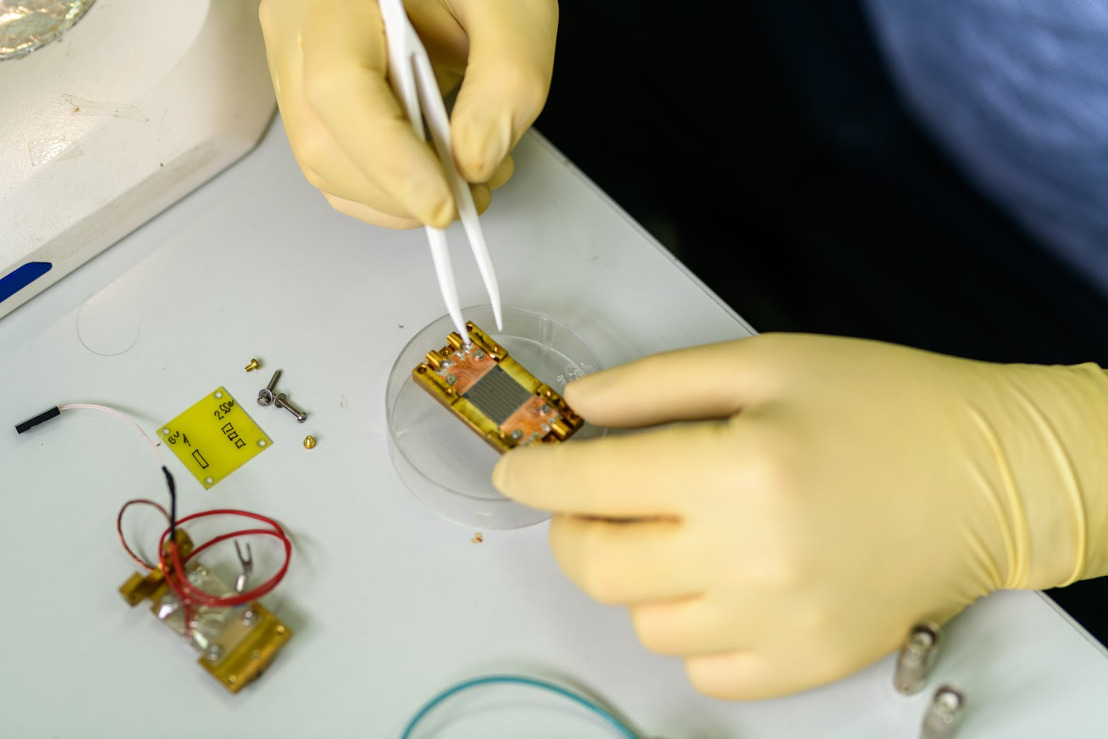 A team of scientists from MIPT and NUST MISIS have developed and tested a new platform for realization of the ultra-strong photon-to-magnon coupling. The proposed system is on-chip and is based on thin-film hetero-structures with superconducting, ferromagnetic and insulating layers. This discovery solves a problem that has been on the agenda of research teams from different countries for the last 10 years, and opens new opportunities in implementing quantum technologies. The study was published in the highly ranked journal Science Advances.

The last decade has seen significant progress in the development of artificial quantum systems. Scientists are exploring different platforms, each with its own advantages and disadvantages. The next critical step for advancing quantum industry requires an efficient method of information exchange between platform hybrid systems that could benefit from distinct platforms. For example, hybrid systems based on collective spin excitations, or magnons, are being developed. In such systems, magnons must interact with photons, standing electromagnetic waves trapped in a resonator. The main limiting factor for developing such systems is the fundamentally weak interaction between photons and magnons. They are of different sizes, and follow different dispersion laws. This size difference of a hundred times or more considerably complicates the interaction.

Scientists from MIPT together with their colleagues managed to create a system with what is called the ultra-strong photon-to-magnon coupling.

Igor Golovchanskiy, leading researcher, senior researcher at the MIPT Laboratory of Topological Quantum Phenomena in Superconducting Systems, head of the NUST MISIS Laboratory of Cryogenic Electronic Systems, explained: “Photons interact very weakly with magnons. We managed to create a system in which these two types of excitations interact very strongly. With the help of superconductors, we have significantly reduced the electromagnetic resonator. This resulted in a hundred times reduction of the phase velocity of photons, and their interaction with magnons increased by several times."

This discovery will accelerate the implementation of hybrid quantum systems, as well as open up new possibilities in superconducting spintronics and magnonics.

This research was supported by the Ministry of Science and Higher Education of the Russian Federation, the Russian Science Foundation, and partially by the European Union Horizon 2020 program.