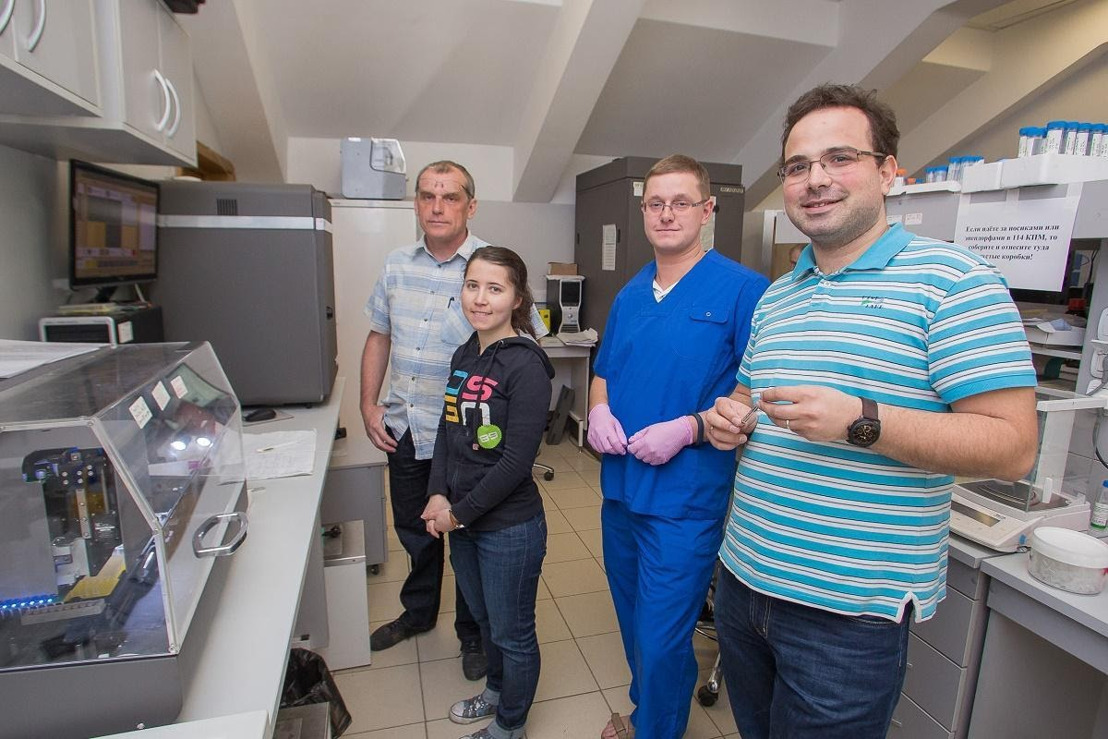 Biophysicists have analyzed the structures of vital receptors in the cardiovascular system and have proposed a method for creating a new generation of drugs. The new drugs can be used to treat hypertension, improve kidney function, fight lung fibrosis and much more.

Researchers of the MIPT Research Center Molecular Mechanisms of Aging and Age-related Diseases, together with colleagues from Zhejiang University (China), the Indian Institute of Technology in Kanpur (India) and the University of Southern California (USA) summarised their research on biochemical and biophysical characteristics of angiotensin receptors and identified promising directions for further work. The article describing structural features of angiotensin II receptors, a key hormone in blood pressure control system, was published in the journal Trends in Pharmacological Sciences from the Cell Group.

Blood pressure is mainly controlled by the so-called renin-angiotensin system. One important element of the system is the hormone angiotensin II: by acting on the cardiovascular, nervous system and kidneys, it triggers an increase in blood pressure.

The vasoconstriction that causes blood pressure to rise occurs when angiotensin interacts with the AT1R receptor. This is one of the receptors in the cell membrane that is involved in signalling into the cell (G-protein coupled transmembrane receptors, GPCR).

There is another angiotensin receptor, AT2R, also of the GPCR class. It is involved in processes that counteract the activity of AT1R, has a protective function for tissues and cells, and is also involved in the regulation of pain that occurs without an external cause (neuropathic).

Alexey Mishin, deputy head of the Laboratory for Structural Biology of G-protein Coupled Receptors, MIPT, commented: "Angiotensin receptors are key players in many processes in the cardiovascular system, body aging, development of viral infectious diseases, the relevance of their research cannot be overstated. This is a topic of great interest to us."

The researchers are interested not only in the structure of the receptor but also in its interaction with other molecules. Substances that bind to a receptor and regulate signal transmission are called ligands. Most ligands are receptor selective, interacting with some or other receptors depending on their structure or a change in some biochemical condition. For example, a group of drugs that act specifically on AT1R are used in practice to regulate blood pressure.

AT1R is one of the GPCR receptors that can transmit the signal in different ways. In the paper, the scientists identified two: the first is through the activation of G-protein, a molecule that binds to the receptor and transmits the signal into the cell, via one molecular cellular pathway. To trigger the other pathways, there is another protein, β-arrestin, which also binds to the receptor.

The choice of 'transmitter' may depend on both mutations in the receptor and the type of ligand. In-depth knowledge of the structure of GPCR receptors can help select the right ligands to transmit the signal in the cell in one way or another for more precise and safer treatment of patients with hypertension or other pathologies. As ligands, scientists are primarily interested in specifically synthesised drugs, the "keys" to AT1R or AT2R, which can be used in clinical practice.

The study of the molecular structures of angiotensin receptors and their interaction with different types of ligands holds great promise for the development of drugs affecting the cardiovascular system, regulating water balance and renal function, in the case of AT1R.

AT2R is a potential target in the fight against pulmonary fibrosis, and one of its ligands is now undergoing phase II clinical trials as a drug to treat patients with COVID-19. Overall, studying the structure of the elements of the renin-angiotensin system may allow the development of specific drugs for the treatment of coronavirus patients.

In addition, the scientists have identified the most effective approaches for structural studies of GPCR-receptors in general: the experience gained can be used to study the structural features of many other membrane receptors and their selective interaction with ligands.

The work was supported by the RFBR under the RFBR-BRICS international programme.

Header Photo. Scientists from the MIPT Research Center for Molecular Mechanisms of Aging and Age-Related Diseases. Photo from the Laboratory for Structural Biology of G-protein Coupled Receptors, MIPT.