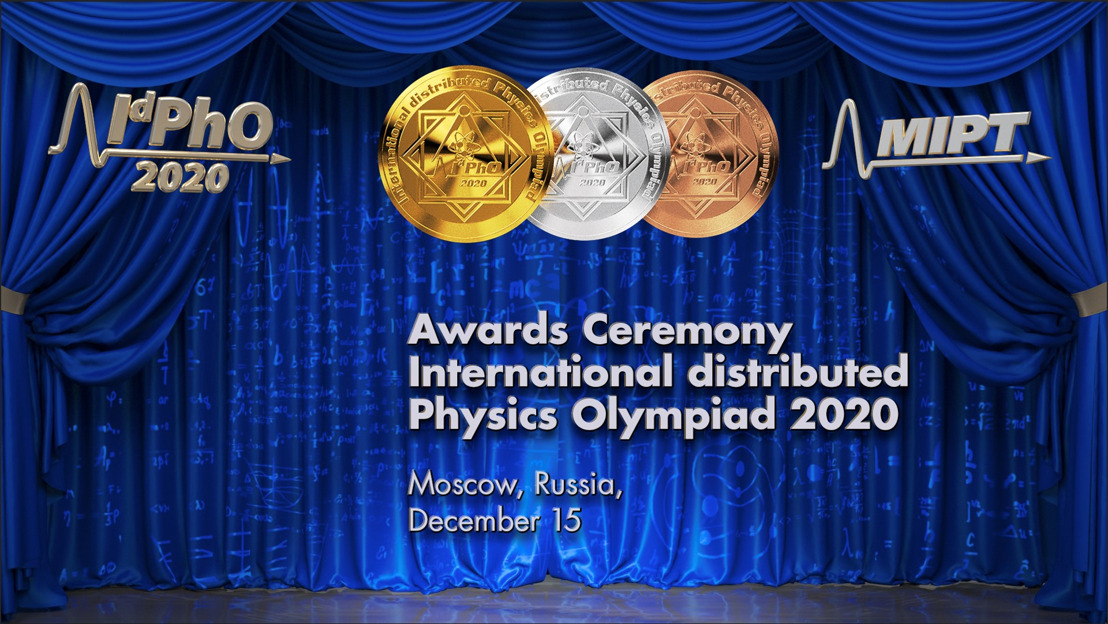 The national teams of Russia and China have finished first at the International distributed Physics Olympiad. The unofficial rating of countries also features Singapore, Indonesia, and Romania among the top five gold medal winners. On Dec. 15, the awards ceremony finalized IPhO 2020 — held in a distributed format for the first time in history — uniting 45 countries despite the pandemic.

On Dec. 15, at the awards ceremony of the International distributed Physics Olympiad, the organizers revealed the names of 17 gold, 38 silver, and 48 bronze medalists. All members of the teams of Russia and China took gold, putting these two countries at the top of the unofficial ranking of participating nations, with five gold medals each. The Russian team’s lineup consisted of Tatiana Emelianova, Alexander Zenkovich, Maxim Pokrovskii, Ivan Russkikh, and Ivan Kharichkin. Other gold medalists come from Singapore, Indonesia, Romania, and Armenia. The 48 contestants who showed good results but did not qualify for medals received honorable mentions. The ceremony was held online, with several speakers and gold medalists joining in via Zoom.

“I really hope that what you will take away with you today is not just the medals, not just the diploma, but the thrill of solving the hard brain twisters. And I hope that you will remember this feeling and will be hungry for more. It is this hunger for the unknown which drives us scientists forward,” MIPT alumnus and 2010 Nobel Prize winner Kostya Novoselov said.

The distributed format of the olympiad was chosen to substitute IPhO 2020 in Vilnius, Lithuania, which was rescheduled for next year. It meant that the school students originally intending to participate would largely be unable to do so next year according to the rules of the contest, as most of them have already enrolled in universities. That is why Russia hosted the event, with MIPT, the Russian Ministry of Education, and the Government of Moscow being the main organizers. MIPT was responsible for developing the exams and evaluation procedures, delivering the equipment for experiments, and monitoring rule compliance.

“Winning medals is not the only thing we at IPhO are concerned about. Participation in IdPhO itself is a very big achievement. And I would like to congratulate all the participants of this special event, which was organized by our Russian friends — International distributed Physics Olympiad — which was endorsed by IPhO, normally held every year. This year, unfortunately, we could not do so,” IPhO Secretariat President Rajdeep Singh Rawat joined in the congratulations. “The whole olympiad was conducted in such a short span of time, and it is really a great achievement for the organizers.”

“The International Physics Olympiad is an intellectual competition of the highest level. Today we will name the winners, but it is important to emphasize that there are no losers, or defeated participants,” MIPT Rector Nikolay Kudryavtsev remarked in opening the ceremony. “I would like to wish you good health, success in your future, and opportunities to transform your abilities to solve exams into skills to develop innovative companies, make scientific discoveries. In some time, you will become the leaders of science and technology.”